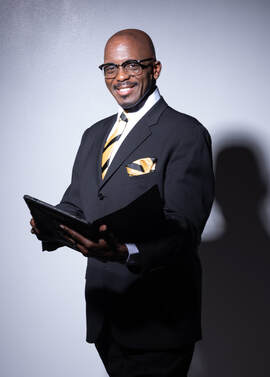 A Character is Born
Anthony Harris Brown's story begins as a child growing up to the temptations of the urban streets. However, due to a mother and grandmother’s prayers, their sacrifices kept him grounded. Coming from a community where so many youth could have fallen victim to society’s woes; Anthony, like the phoenix from the fire, rose above life's challenges to walk boldly in greatness.

For more than ten years Anthony had been the lead male figure on Another Look Cable Television. Another Look aired on cable television, in nearly 1.4 million homes, on the Time Warner Cable Northeast Ohio Network. He, along with his co-hosts presented the talk-variety show each week. They gave viewers Another Look at news, sports, entertainment, the arts, special events and more – in and around Northeast Ohio.

A Harris Brown is also no stranger to the performing stage, for he began as a dabbler of arts in elementary school. He continued to develop his craft throughout high school and college. For many years, he taught speech and drama. He also has had the opportunity to travel throughout the country performing and speaking at various concert halls, theaters, schools and churches.

A true mentor, artist, motivator and friend; some of Harris's fondest moments on stage have been at the historic and famed Karamu House Theatre in Cleveland, Ohio. In addition he has performed at others theaters in the area and appeared in several independent/short films, in which several have gone on to appear in local, regional and national film festivals and competitions. Some of his credits include: Neighbors, Dreamgirls, Sister Act, Ain’t Nothin’ But the Blues, The Wiz, Fame, Black Nativity, 12 Angry Men, Porgy & Bess, La Bohème, Disney’s Aladdin Jr., Ragtime, Six Degrees of Separation, Cut Flowers, Ain’t Misbehavin’, Leap of Faith, The Color Purple and various 48 Hour Film Festival Competitions. 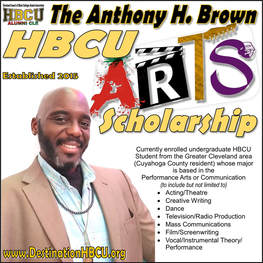 Train Up A Child
Anthony confessed his faith in Christ and was baptized at an early age under the pastoral leadership of the late Rev. Dr. George Q. Brown, of the Second New Hope Missionary Baptist Church. It was under this spiritual guidance, Anthony was ordained a deacon. All throughout his formative Christian training, he was active with the Sunday School Ministry, Baptist Training Union, and the Youth Department at the district, state and national level. Even in college he was affiliated with the Religious Life Fellowship Campus Ministry and facilitated revivals, retreats, and workshops that were designed to impact the lives of others to reveal the fruits of the spirit within.

A lover of music, Deacon Brown has worked with gospel choirs throughout the Cleveland area and has had the opportunity to tour out-of-state, serving as a minister of music, lead director and vocalist. 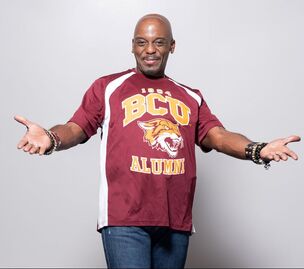 A Servant Leader
​In addition, Anthony has been an educator/administrator for more than 20 years and currently serves as a Family and Community Engagement Coordinator for the Cleveland Metropolitan School District.
His other affiliations include: 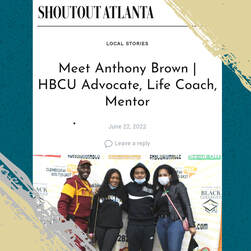 ​For six years until 2020, he had the distinct pleasure of serving as the president of two unique Historically Black College & University alumni groups in the Cleveland area; the ﻿Cleveland Council of Black Colleges Alumni Association ﻿and the Northern Ohio Inter-Alumni Council for the United Negro College Fund. As an advocate of minority higher education, some have dubbed Anthony as "Mr. HBCU of Cleveland" as he travels throughout the community and country promoting the value of these esteemed institutions of higher learning. Under his leadership in 2017, the alumni council received special recognition from the Alpha Kappa Alpha Sorority, Inc. during their 86th Great Lakes Regional Conference. The honor was bestowed upon the Council for the continued service to the community in the area of Educational Enrichment that supports the sorority's Think HBCU national initiative. In that same year, Anthony accepted the HBCU acknowledgment and scholarship donation from the National Council of Negro Women Cleveland Section as their keynote speaker for their annual luncheon.

During the Annual UNCF Leadership Conference, held in February 2020 (Charlotte, NC), the delegates selected Anthony to serve as the 24th President of the National Alumni Council of UNCF. The National Alumni Council (NAC) represents alumni and students of the 37 member institutions supported by UNCF. This educational impact supports more than 60,000 students each year and celebrates the accomplishments of 500,000 graduates.
​
Upholding the UNCF motto, “A mind is a terrible thing to waste. But a wonderful thing to invest in,” resonates with Brown because he could have easily taken a different path in life had it not been for the many positive influences in his life, including his middle school principal that sparked his interest in attending college. Anthony understands the importance of developing and pursuing goals relevant to strengthening and expanding the contributions of HBCUs and alumni through advocacy, recruitment and fundraising. He believes that “as HBCU alumni, we are charged with the moral responsibility to aid the next generation of scholars to become today’s leaders.” In this new and expanded role, similar to the Cleveland-based alumni groups, he will lead a 35 member Board of Directors of alumni and students from various HBCUs and cities throughout the country. Anthony’s platform for the 2020-22 term was, “We are STRONGER TOGETHER when we are STANDING UNITED.” This theme is reflective of how and why Dr. Frederick Patterson (Tuskegee) and Dr. Mary McLeod Bethune (Bethune-Cookman) founded UNCF in 1944.

He has earned many successes as a result of his hard work, dedication and faith in God. The Cleveland alumni council that he has served, honored him with the Anthony H. Brown HBCU Arts Scholarship Award. This scholarship is intended for the purpose of providing financial benefit to a deserving Greater Cleveland, Ohio area (Cuyahoga County) student matriculating at any of our Federally-recognized HBCUs whose major is based in the Performance Arts, including but not limited to, acting, creative writing, dance, theatre, television production, mass communications, screenwriting, vocal and/or instrumental theory and performance.
Honors & Awards
​Anthony has received numerous acknowledgments and recognition over the years, just to name a few: 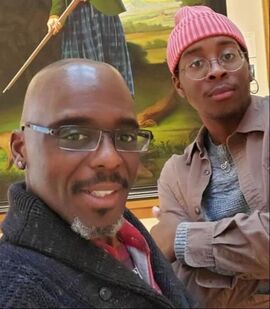 The Story Continues
Anthony’s greatest success that brings him the most joy is being a father to his one and only son Anthony, II, a graduate from Cleveland State University, who also has a passion for the performing arts. This passion has led him to the Yale University School of Drama, one of the best performing arts schools in the country, to pursue a Masters of Fine Arts degree.

But that’s not how the story ends, now two and a half degrees later, he is an avid life learner that continues his quest for knowledge by serving as an agent of change in his community. Anthony is now sharing his personal testimony through motivational speaking, video blogs, social media influence, a brand ambassador and a soon to be book, "There Is A. Better Way!" These stories reflect on his journey through childhood, depression, guilt, divorce, family, fatherhood, weight loss, addiction, discovery, self-care and motivation. It's a roller coaster ride of emotions that ends in a place of #NoRegrets. Join the journey at #WalkingMinistry and #InspireMe.

Anthony is a living example that God has been just that good, and if He never does anything else, God has already done enough.﻿​
My mission is to instill a desire for growth by living an exemplary life as an effective and exceptional father, friend, educator, leader, artist and supporter to those that shall cross my path in life.
"Always know that you are a Masterpiece, because you are a Piece of the Master."